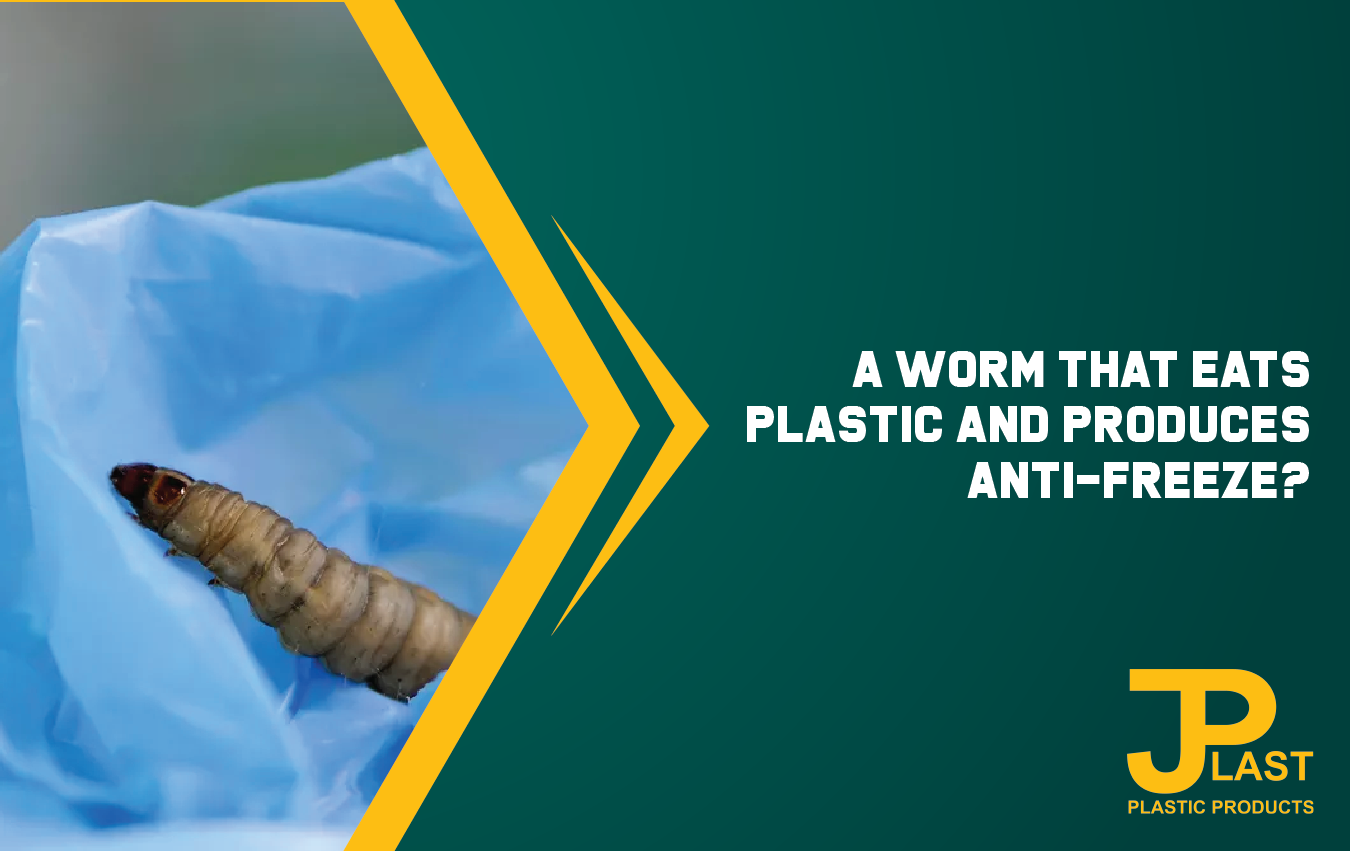 It may sound like a peculiar, almost alien things for a worm to do, but this is indeed, somewhat true. The worm, that many believe could be a solution to the world’s plastic problem has been around for a while, so the species is not a new discovery, but the behaviour of eating specifically polyethylene and producing ethylene glycol (the main component of anti-freeze), is.

The waxworm, so named because its normal diet consists mainly of beeswax has been a scourge to many a beehive, often destroying many a hive completely in its culinary path. There are two species of waxworm that has been munching on polyethylene bags, the Galleria mellonella and the Plodia interpunctella. The larvae are normally used as fish bait, but since the discovery of their tendency to eat plastic, some believe they could help us in our fight against plastic pollution. I am sure the worms won’t object to a life of feasting instead of a short life ending in the mouth or gut of a struggling fish.

The larvae transform into wax moths and they are used as bait for chub, carp and barber. In nature, they live on beeswax, which can cause devastation in our bee populations. This risk alone means that the use of these worms for plastic degrading needs to be very closely controlled.

The discovery of their taste for plastic bags was made by Federica Bertocchini who removed an infestation from one of her hives and placed them in plastic bags, but the worms simply devoured the bag.

Incidentally, Berttocchini is a researcher at the Spanish National Research Council and a scientist at Cambridge University. Needless to say, she investigated further. Her lab test showed that 100 worms could gobble up 92 milligrams of plastic in just 12 hours. This led her to believe that, instead of further placing the eco-system under strain by destroying beehives, the moths and larvae could be put to work in our war against pollution.

They seem to use the same enzyme for digesting plastic, as they do for digesting beeswax. The problem with plastic is that it tends to break into micro pieces, which means the plastic molecules are still intact, yet it is very small. Federica wanted to prove that the worms actually break the plastic down, and in order to this, she mashed up a few worms and applied the paste to the plastic. The paste broke down the plastic in the same way that the worm did. The experiment shows that they completely destroy the plastic.

Further research is being conducted to isolate the enzyme responsible for degrading plastic. The genes might then be placed into bacteria or microscopic marine organisms to break down the plastic in our oceans. However, there are strict regulations against releasing genetically modified organism into the environment since we just cannot predict what will happen to the species or the surrounding environment, much like we couldn’t predict what a problem plastic would become. A solution to this problem could be to breed these worms for the purpose of plastic degrading and change their possible diabolical effect on the environment into a positive effect instead.

To see if this will be a viable way of redirecting the species’ effect, we will need to establish if they are eating the plastic simply because they want to escape, or because they actually like it. If they use plastic as a source of energy, then we could use them for degrading plastic. Here is hoping the brilliant scientists can give us good news very soon.